The Brothers of Christian Instruction, also known as the De La Mennais Brothers (or La Mennais Brothers), is a teaching order founded by Father Jean-Marie de la Mennais in 1819 to teach the poor children of Brittany in Western France. These children had not had the chance to go to school, nor to learn about their faith due to the social upheaval caused by the French Revolution in 1789 and its far-reaching consequences.


Jean-Marie de la Mennais was born in St. Malo, Britanny, on September 8th, 1780. His father was a wealthy ship-owner who had greatly helped his region during a time of famine by selling corn to the local people for less than he had paid to buy it.

King Louis XVI (16th) of France gave him a special honour in reward for his actions. Jean-Marie's mother died when he was only seven, but her deep faith and lively intelligence left their mark on the young boy.

From an early age Jean-Marie decided that he wanted to be a priest, despite the difficult times of the Revolution and the persecution that priests suffered. His family gave refuge to priests in hiding. Young Jean-Marie showed great courage in the help he gave to them. He advanced rapidly in his studies and in his spiritual growth under the tuition of Father Vielle, a young priest in hiding, and Father de Cloriviere. On February 25th, 1804, Jean-Marie was ordained a priest. On top of his priestly duties, he also tried to do something about the number of children who were not able to go to school. Education was to remain his main concern for the rest of his life and it was for its sake that he refused the offer of becoming a Bishop on numerous occasions.

Fr. Jean-Marie de la Mennais was very popular with the ordinary catholic people of his region, but was strongly disliked by the enemies of the Church because of all the good work that he did in the service of God and his people. In 1819 he founded, together with another priest, Fr. Gabriel Deshayes, the Brothers of Christian Instruction or De la Mennais Brothers to educate the youth of Brittany and "make Jesus Christ better known and better loved". He gave as a motto for the new congregation, "Dieu Seul" (D.S.), which means "For God Alone". He endured vile accusations and threats, but such was the success of his congregation of Brothers that they were soon in demand throughout France and in its colonies. 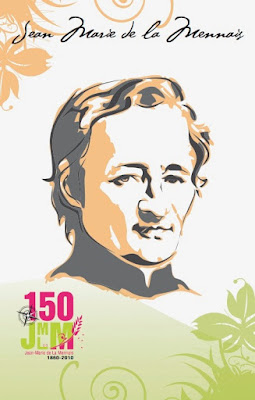 In 1903, the Congregation had a severe setback when the French government closed all its schools in France and the colonies, like those of other congregations. The French "Noviciate" or training house for candidates to the brotherhood was immediately transferred to Taunton in south-west England and new missions were started in other countries such as Spain and Canada. In 1922 the Noviciate moved to Jersey and the Brothers in England opened their first school in Southampton, St. Mary's College, which still exists. In 1961 the Brothers came to Liverpool and in 1964 they began teaching at St. Francis Xavier's College. In 1974 they took over the direction of the College. 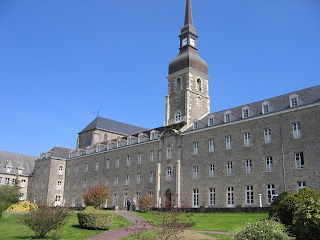 Our Mother House in Ploërmel, Brittany.

The Brothers are now in 26 countries around the world, places like Chile, Japan, France, Uganda, Tahiti, Senegal, Italy, U.S.A. Argentina, etc... Wherever they are, their aim remains that of their Founder : 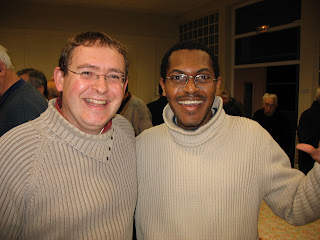 to educate the young and
"to make Jesus Christ better known and better loved".

Over the past few months I have become much more aware of the beauty of the Grail translation of the Psalms that we use in Morning and Evening Prayer (Divine Office) - I will write more about this in the near future - and I am also finding that this has rubbed off on my attitude to the other prayers in the Office. For example, the following hymn that we prayed just over a week ago. The words struck me as if I was discovering them anew, and this after having prayed (or simply recited?) them at least once a month for about 25 years.
The optimism of the imagery struck me most forcefully and I love the idea of God hearing our prayer "before we call", i.e. as the paslmist says elsewhere "before ever a word was on my lips... you knew me through and through" (I paraphrase).
See what you think yourselves...