Showing posts from March, 2018
Show All

The writing of our “new page” has begun!! 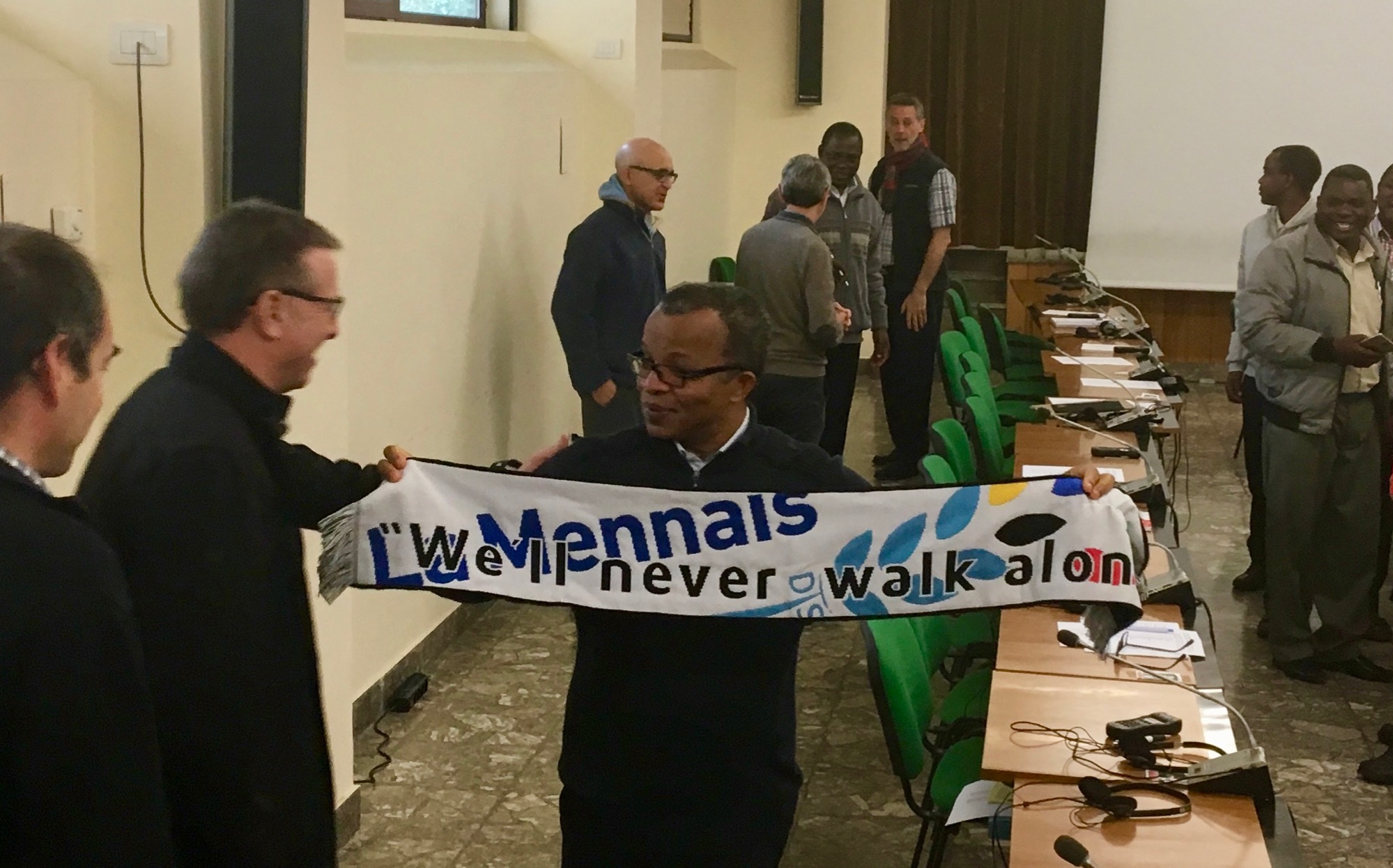 We have a NEW SUPERIOR GENERAL!! Bro. Hervé Zamor from Haiti (aged 51, since 2010 the Haitian Provincial). Our first ever southern hemisphere Superior General. There’s a real sense of excitement among us about how this could indeed be the start of a “new page” in the story of our congregation.

With the Spanish having given him a “La Mennais - We’ll Never Walk Alone” scarf to wear for the photo shoot and it being both Paddy’s Day + our Liverpool community being today’s prayer intention in our Congregation Calendar, I think I might be singing “You’ll (or rather We’ll) Never Walk Alone” either at lunch or this evening :-)
An Irish Picpus/Sacred Heart Father celebrated Mass for us this morning (his 2nd of the Chapter). Fr. David Reid, their Postulator General, a real character (a Dubliner who’s been in exile in the US most of his religious life). I think he’ll be with us for lunch. The craic’ll be mighty!!!
***** UPDATE:
Indeed I did sing “You’ll/We’ll Never Walk Alone”. Managed to squeeze…
Read more
More posts