Showing posts from November, 2011
Show All

On Death from "The Prophet", Khalil Gibran 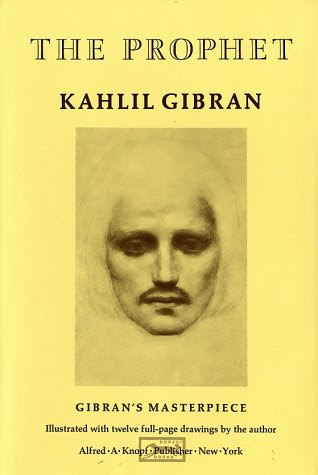 Well, in less than 2 hours it will be exactly 1 month since Mum passed away. In the next few days I will endeavour to write here the story of my final minutes with her... blessed, God-given minutes that I think made subsequent events (the funeral, etc...) easier to deal with.

One thing I wanted to share is the text that my brother Shaun (a druid... yes really!) read just before I read the eulogy during the funeral. I had read this text some years back, but had pretty much forgotten it. I think it is one of the most beautiful and intelligent writings on death I have ever read or heard. My most emotional moment during the funeral came when hearing the last 3 lines, especially the very last one. Such a beautiful image and so, so true (according to what my faith tells me).

On Death (from “The Prophet” by Khalil Gibran)


Then Almitra spoke, saying, "We would ask now of Death."
And he said:
You would know the secret of death.
But how shall you find it unless you seek it in the he…
Post a Comment
Read more

You are more than the choices that you've made

November 04, 2011
... and here's a quote from the 2nd Tenth Avenue North song ("You Are More") whose video I included in the last post: something else that should cheer us up!!

Deck the Halls with a bit of fun!

A bit of Christmas-spirited cheer from Christian band Tenth Avenue North... to cheer you up on dark November nights :-)

And here is the video to a single of theirs from this time last year: more serious in tone, obviously, but a great video + great song.