Showing posts from May, 2007
Show All 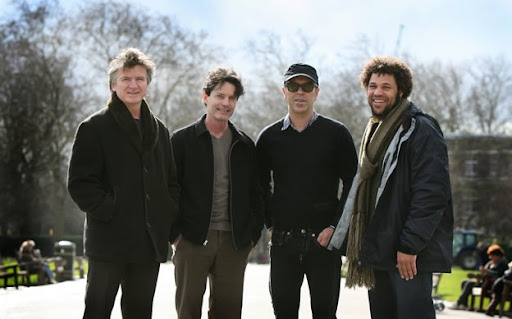 Deepest Joy!!!!! One of my all-time fave bands, Crowded House have reformed (2 original members: Neil Finn + Nick Seynour, one newer member, Mark Hart, and a brand new drummer, Matt Sherrod - a good one too). You can get a free listen to their forthcoming (and gloriously beautiful) single, "Don't stop now' on this site (here - scroll down, click and enjoy!).

It's that time of year when pupils in Yrs.11 + 13 go on study leave, some never to be seen again apart from when they come in for exams. For the last 5 years I have been a form teacher for the same class, having taken them from Yr.7 (11-12 years old) to Yr.11 (15-16 years old). It's the first time school has ever done this, have teachers (where possible) follow a class through for 5 years. As a practice it has its good sides and bad sides, but the good far outweighs the bad. If things go well you can really develop a relationship with the pupils. You hope that you have been a positive influence on them. In particular in my case as a Brother, I hope that in some small way I have helped bring them closer to Christ. I suppose a good sign for me after these 5 years was that my class bought me a Southampton F.C. shirt with "Bro J" and a "10" on the back. The class had also signed it. Another pupil gave me a large bottle of malt whisky. The class presented the pr…
Post a Comment
Read more 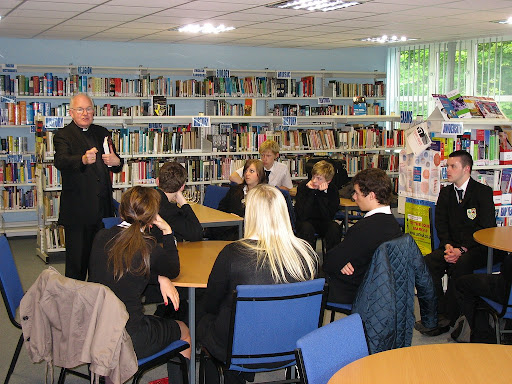 On May 15th Archbishop Kelly came and gave a very interesting talk to the 6th Form full A-Level R.E. groups about his experiences visiting the Holy Land and Iran on missions given to him by the Vatican. He demonstrated a sensitive appreciation of the barriers to peace and reconciliation in that part of the world between the 3 major religions (Judaism, Islam and Christianity). He illustrated his talk with photos and other souvenirs of his travels. The talked seemed to go down very well with the students.

In September the Archbishop will be making a more formal visit to the College as part of his tour around the different South Liverpool Pastoral Areas.

"Into Great Silence" out on dvd.

May 23, 2007
Click here for the link to Amazon.co.uk's page. Looks like you get good value for money with the bonus features (a 2-dvd set). 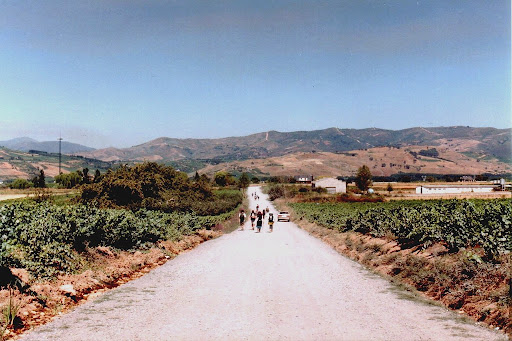 In no particular order, I'm going to start posting some of my fave pics that I've taken over the years with a little commentary to explain why in each case.

First up, a photo from the Santiago de Compostella pilgrimage that I undertook in 1998 with my good friend Bro. Henri Rivoalen.

That summer, I was leading an annual, itinerant, 3-week summer cycling camp around France that Brothers from my order had been involved with for over 20 years. I was due to come up to Bro. Henri's community in Landerneau, Brittany, after the camp and then go hiking with him in the Pyrénées. Whilst I was doing my camp, Henri was cycling to Santiago de Compostella, N.W. Spain with 5 friends from his cycling club in Landerneau. Two days riding from Santiago a member of Henri's group and good friend of his, André, was killed in a collision. Henri was the only one of the group with him. André died in his arms on the side of the road.

The body was repatriated to Landerneau, Brittany for the funeral…
1 comment
Read more

Spirtuality in the Spiderman series

May 04, 2007
In case anyone isn't yet aware of the religious symbolism and in the Spiderman series, just take a look at this article on the Christianity Today web site (click here) where the director/co-writer of the trilogy Sam Raimi and some of the cast are interviewed. Spiderman 3 is released in Britain this weekend.