April 21, 2012
I got a call from Dad's nursing home in Ireland this morning to say that my father has taken a turn for the worse. He was already very fragile (all the more so since Mum's death in October), but now has pneumonia and his blood oxygen levels + blood pressure are falling which signifies general organ failure... a matter of days rather than weeks, according to the doctor. Given how frail he was physically already when Mum died last October, I suppose it was inevitable that he would start to slip away before too long, God love him.

It's been quite a time recently. Two French Brothers in the 80s both of whom I knew well (one especially) passed away over Easter.

As with Mum's final days I simply ask God to hold our family in his hands and help Dad and the rest of us through the days to come. And I ask anyone who reads this to keep him (+ us) in your prayers. 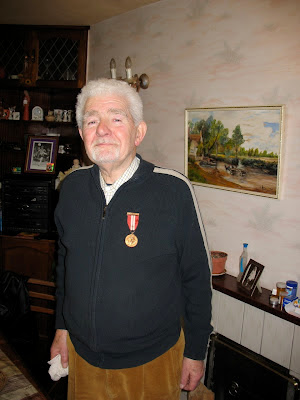