Showing posts from April, 2008
Show All

The new album from Delirious? - Kingdom Of Comfort

If you click on the Video link above you will see and hear the band talking about these experiences and their influence on the record. The Music link will allow you to listen to 4 of the tracks on the album. The 2nd "Love Will Find A Way" is perhaps the most representative of the album as a whole.

For me personally there is the added bonus of hearing my backing vocals (and those of 2,500 other people) recorded at last November's gig in the Liverpool Anglican cathedral on the final track "My Soul Sings".

Current personal favourites include "Love Will Find A Way", "Stare The Monster Down", "My Soul Sings" and "Wonder", but this list may change within days, such is the overall standard.
Post a Comment
Read more 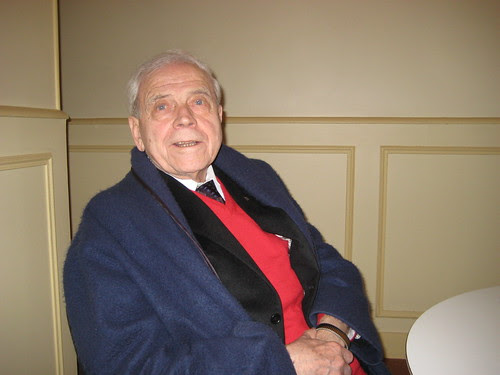 Fr. Gusatve Martelet s.j. 0208, originally uploaded by bro_james. A photo I took in Feb. of a 92 year-old French Jesuit priest and theologian who was an "expert" at Vatican II. An amazing character, he is still writing and publishing books in his 90s!. The model of how I would like to grow old... with an open mind, a childlike sense of wonder, a willingness to keep learning and a deep love of God that sustains and gives life. I consider it an honour to be able to call him a friend.
Post a Comment
Read more 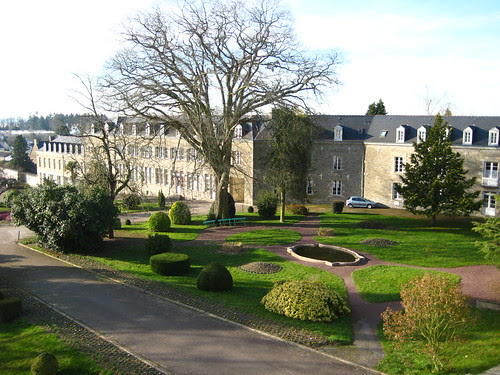 Uganda08 training 0208 - 26, originally uploaded by bro_james. This is a view of one wing of the Mother House itself from the central building. As you can see, it's a quite lovely property which extends far out of shot to the left.
Post a Comment
Read more

Going back to the source... 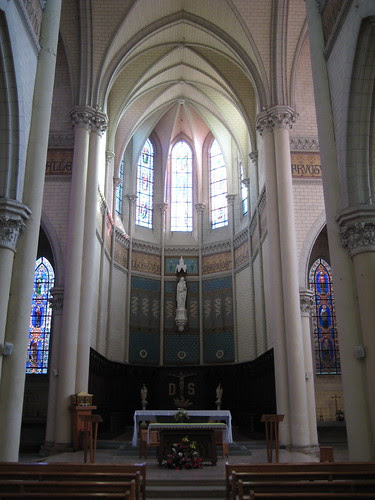 Uganda08 training 0208 - 52, originally uploaded by bro_james. I love this chapel.... chapel? Well, actually, it's the size of some cathedrals. It is part of my congregation's Mother House in Ploërmel, Brittany. The tomb of our (co-) Founder, Fr. Jean-Marie De La Mennais has for some years now been situated to one side of this chapel.

I love going back to our Mother House (or Mother Ship as visiting groups of pupils that I have brought over for youth gatherings there from our Liverpool school regularly call it). It is a place of great history and resonance for us Brothers, but there is also a wonderful sense of calm and prayerfulness about the whole place.

I also love spending time with some of our retired (but still active) Brothers who live there, many of whom work each day in the extensive grounds of our property tending plants, trees, etc... Amongst them are many wonderful characters with tremendous stories to tell.
2 comments
Read more 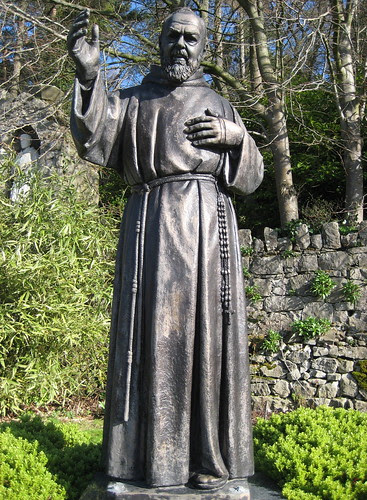 Pantasaph retreat 0308 - 04, originally uploaded by bro_james. Most years us English De La Mennais Brothers go on retreat together during Holy Week. This year we went to the Franciscan retreat centre at Pantasaph, up in the Halkyn "mountains" in the middle of the rugged N. Wales countryside. This is an area I know well from cycling through this area many a time with my club, Birkenhead North End. I was able to ride out there from Liverpool and got a few more rides in during the week, including a suitably tough 60 mile ride on Good Friday afternoon in hail and snow. Good extra miles in preparation for my next sponsored ride at the end of May (8 days, 900 miles).

But obviously the main reason for such a retreat is to have the opportunity to take a step back from the daily routines of teaching and community life to reflect, pray, listen, be silent, read... In other words to take away for a few days many of the distractions that can come between me and God and revitalise my relat…
Post a Comment
Read more

If ET Calls, Would We Be Told? | Universe Today 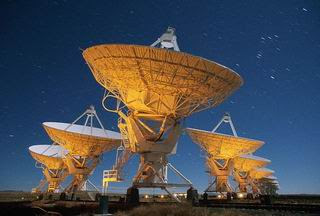 I must admit to being a sucker for this kind of thing, but it is an interesting article. The last line made me think about what might happen if there was nowadays some kind of great spiritual revelation from God in the world. How would we deal with it?

By the way, SETI stands for Search for Extra-terrestrial Intelligence (and yes, I  am a member of their world-wide community! :-)

If ET Calls, Would We Be Told? Written by Nancy Atkinson

If a verified message from aliens is ever received, would the public be told about it? SETI – the Search for Extra Terrestrial Intelligence - does have an international protocol that if an alien signal is ever received, it would be disseminated among the astronomical community and made public. And of course, says Mac Tonnies at the SETI Blog, “international cooperation might be necessary in order to distinguish a legitimate alien signal from any number of phenomena capable of generating false alarms.” But what if the signal is more th…
Post a Comment
Read more
More posts